On MacOS, there is a problem with mouse interactions inside JyMOL when the JyMol component is placed inside a Container that has other Swing components inside it. In order to make sure this doesn't happen, the System Look and Feel needs to be used, and can be set:

This is set by default and should not be needed. But it is worthwhile to know that this only happens on MacOS, so it is possible to use other Look and Feels on other platforms. We are hoping to fix this in the near future. (5/16/11)

Also, this jittery behavior seems to only happen when the 3D rendering window is large (i.e., close to the size of the screen).

MacOS Tooltips that overlap the 3D Workspace get blocked

When a tooltip is shown, and it overlaps the 3D workspace, it doesn't get rendered. Below is an image of this problem. It only happens on Mac OSX.

We are working on fixing this (5/16/11). Hopefully it isn't something inherently wrong with the Java Run-time environment on OSX. 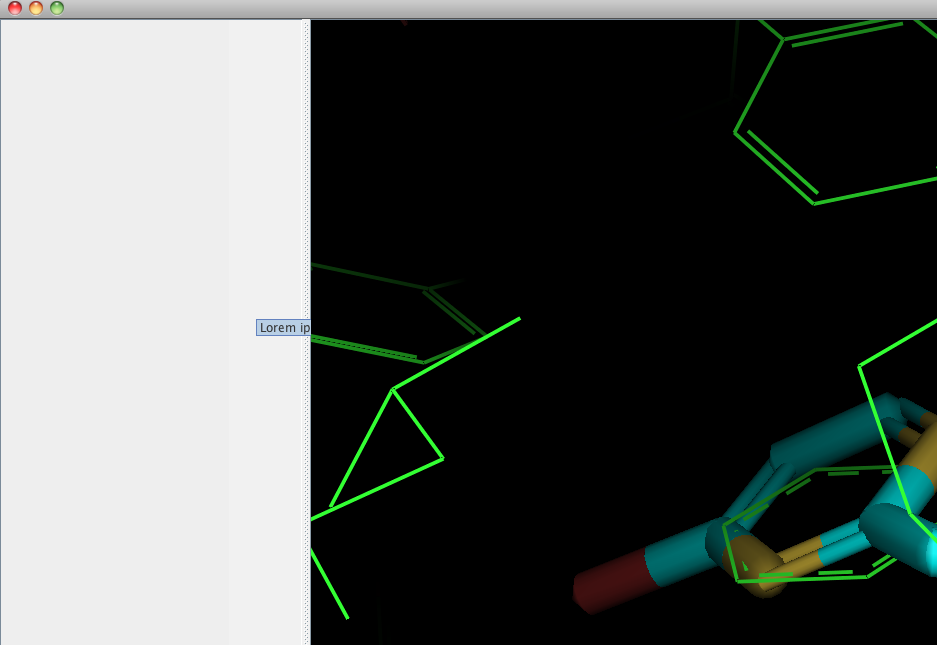 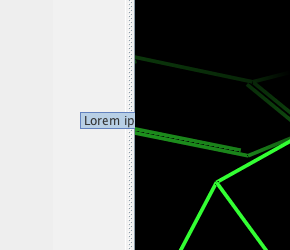 Some of our users have gotten an error similar to this:

You will need to install glut on your computer if you get this error. We are looking to remove this dependency.