There are several different ways of running PyMOL on your Macintosh.

MacPyMOL is a native Cocoa Application built on top of the PyMOL Open-Source code. However, instead of using the cross-platform Tcl/Tk-based user interface, MacPyMOL is built using native widgets which provide a single window interface. 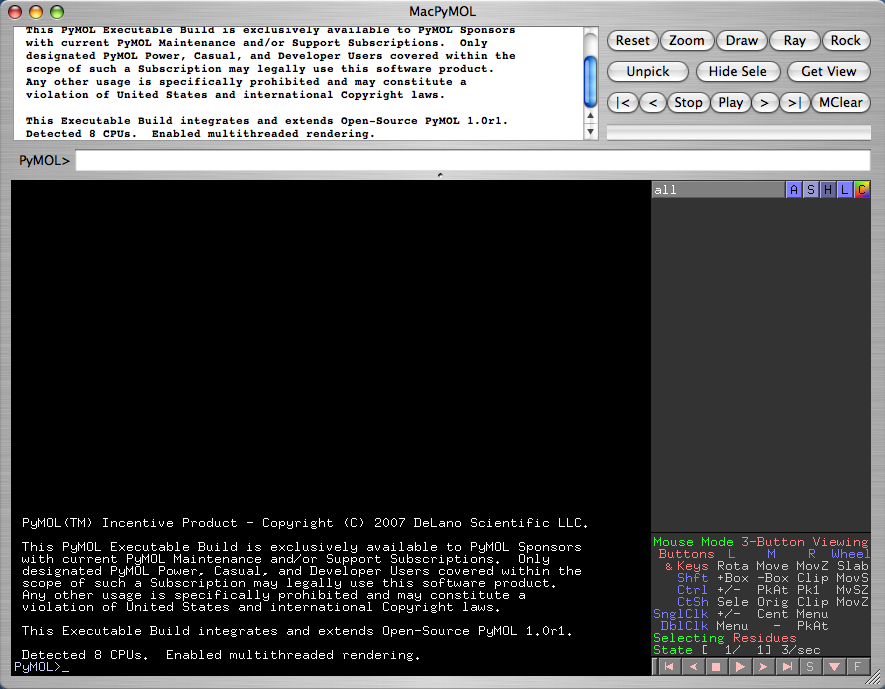 PyMOLX11Hybrid is actually the same executable application as MacPyMOL except that instead of being named MacPyMOL.app the bundle is renamed PyMOLX11Hybrid.app which tells PyMOL to use an X11-based Tcl/Tk external GUI window instead of the Cocoa interface. With PyMOLX11Hybrid, the External GUI and the Viewer are in separate windows, with X11 handling the Tcl/Tk window and Cocoa handling the OpenGL viewer window. PyMOLX11Hybrid will only run on systems where X11 has been previously installed. 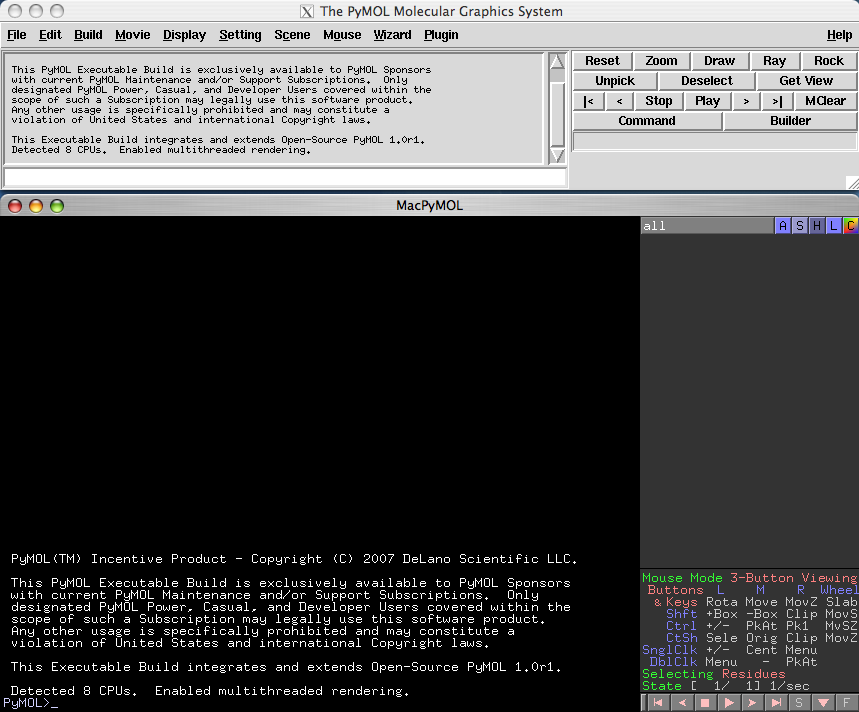 The primary advantange of PyMOLX11Hybrid is that cross-platform plugin modules and other third-party enhancements will work with it.

PyMOL can also be compiled from the open-source code to run under the cross-platform X11 environment. In this scenario, both the Tcl/Tk external GUI window and the viewer window are handled via X11. 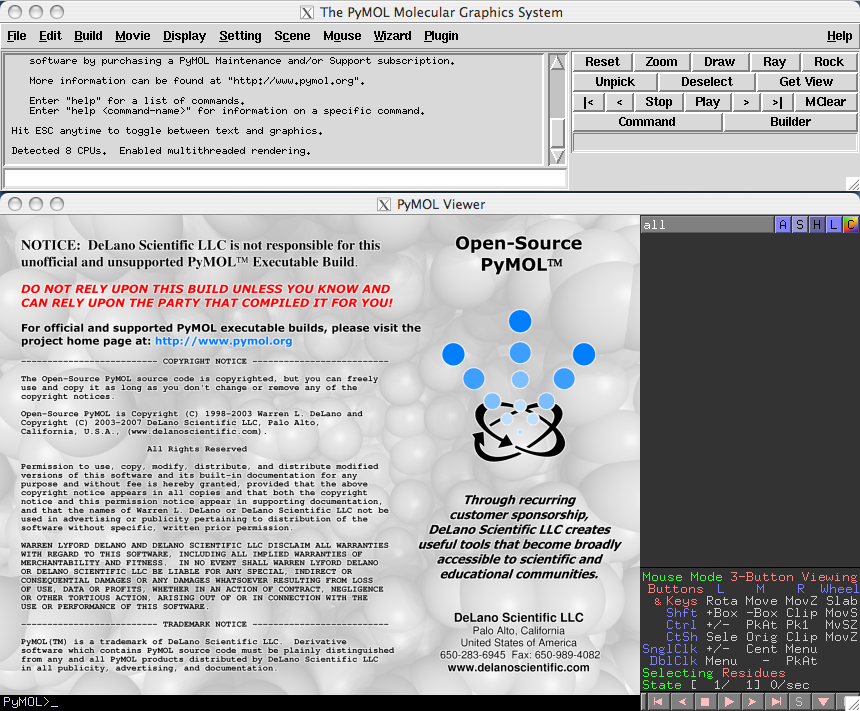